A downloadable game for Windows

Internet has disappeared. But the human need to socialize and relate has not.

Letters against Loneliness has one lonely rule and uses it for 100 simple, small, but captivating puzzles.

Objective? Send a letter to each person in the puzzle.

How? Each move, you tap a single location to place a post office.

And then? A letter is sent between the new post office and any other post offices on the same line.

(Letters make people happy, very happy, so they run off from the puzzle to dance. Or something. They just disappear.)

The game has roughly 100 puzzles, divided into "worlds".

Each world introduces one new element (a new person, a new tile, anything) to gradually teach the game and increase complexity.

The simple objective and simple rule stay the same for the whole game, making it accessible to anyone.

But once people with specific wishes appear, and the terrain turns into mountains, forests and buildings, finding the solution requires quite the Eureka.

This game made quite the journey to get here.

The core rule ("when you place something new, it sends something to all older towers on the same line") was actually invented 10 years earlier. But I was a newbie developer then and couldn't really make it.

Still impressed by the strength of this single rule, I decided to make it into the best puzzle game ever 10 years later.

I had planned this huge story for the game. (Which I also planned to draw and release as a picture book in my home country, the Netherlands.)

I had planned about twice as many mechanics (new people, new tiles, new rules to switch it up) as ended up in the game.

But ... life got in the way again. I had to finish my bachelor studies and shelved the project for the month or so that I needed. And you know how this goes: once my life could resume, there were other ideas tugging at me, so I forgot about the game.

One year later, I had lost the To-Do list.

Long story short: I spent weeks moving projects to hard drives, backing them up, structuring my body of work - and made one tiny mistake when I forgot that detailed to-do lists for some projects where stored on GitLab, not GitHub. (Really reinforces the need for this reorganization, I thought :p)

Therefore, all I could do was finish the current game (fix last bugs, integrate ads on mobile, add proper UI instead of placeholders) and release that.

Why am I telling this? Because I think it's interesting.  Because it explains why this game is significantly smaller and less marketed than my recent games: it's actually two years old.

But mostly because it's the sort of thing I'd write in a letter to my pen pal. And I encourage you to find your own pen pal as well, and start sending some letters against loneliness :)

Another reason I couldn't improve the game further, was because it's made with a game engine I don't use anymore (and haven't in years), called Solar2D.

Why? Well, if you look at the trailer for this game, you might notice the mouse cursor showing up at the start. You might also notice that the footage is sometimes a bit laggy/inconsistent with animation. (This isn't the case in the game itself. ) I had to throw out 50% of my recordings because it just somehow showed the wrong thing.

No matter how many recording setups I tried, none of them could record this game correctly! The game engine I used just had too many weird bugs like that for professional use. (The exact same recording setup has not failed once on any other game ever.)

Another fun fact: this was my first try at pixel art, which I think went relatively well, although it's not beautiful and in some places really inconsistent. But alas, don't have the original files anymore, can't change it!

Last fun fact: Solar2D (the game engine used) also doesn't fully package games, which means downloading this game gives you unrestricted access to literally all the assets, audio, etcetera. Have fun with that! 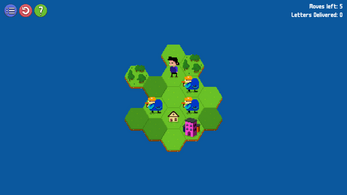 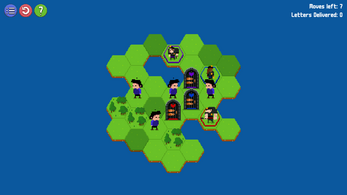 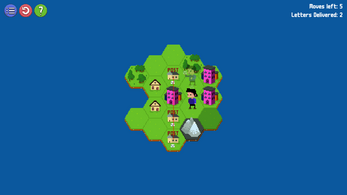 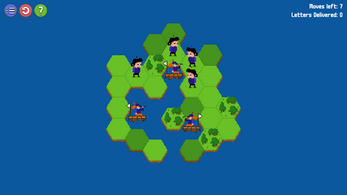 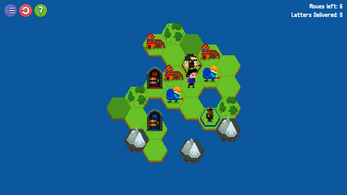