The evil dictators of a world called CONTROL have trapped you and a buddy in the dungeon!

They try to spy on you with cameras, keep you under control with locked doors, and surveil you with monsters (with amazing eyesight).

Even worse, you still need to find the controls for both characters! And if one of the two is even a second without any controls ... they will go OUT OF CONTROL. (Which, to put it mildly, is not a very stealthy maneouver.)

Can you take the control(s)?

You literally need to find the controls as you play. All other gameplay mechanics are explained with a neat in-game tutorial. Here is the very short overview:

That's it. You always start with one key (to move left/right).

You can always give up by pressing ESC. (Which also allows you to restart.)

Some monsters only raise the alarm, some will attack you and take your keys/controls. Your controls are, sort of, your health.

How do I win? Reach the portal at the bottom of the dungeon!

How do I lose? If you're spotted by a camera, or make a lot of noise (such as with explosions), the alarm will be raised. If the alarm reaches 100%, you lose.

Additionally, if both players are without controls (there are monsters that can steal them, for example), you lose.

How many players? 1 or 2 players. (But, if you really want, any number of people can crowd behind a keyboard and press some specific buttons.)

How big are levels? Dungeons are randomly generated (from a set of pre-made rooms), always going down. You can set the difficulty (which indirectly sets the level size) at the main screen.

Can I remove the tutorial? Yup, also an option at the main screen. But the tutorial is literally a single room at the start of the dungeon, I highly recommend keeping it.

Hey, that music sounds like Mission Impossible? Let's say I was heavily inspired by the soundtrack when I made my composition.

This game was made for the GMTK Game Jam 2020, which had the theme "Out Of Control".

When joining, I forgot my little sister had her birthday on Saturday, so I could only work on the game Friday night and Sunday.

Nevertheless, I'm actually very proud and happy about the results! It's amazing how many hours are in a day (when you forget sleep for a moment).

These are some things I would like to add in the future (and would have added if I had more time):

I mean, I really wanted to make a shop where one of the items you can buy is always the "control" key. And whenever you want to buy it, it just says "Sorry, we're out of CONTROL." I almost threw away my whole Sunday just so I could make this joke.

Anyway, hope you have fun and enjoy the game! 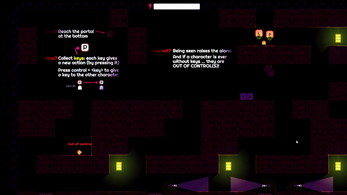 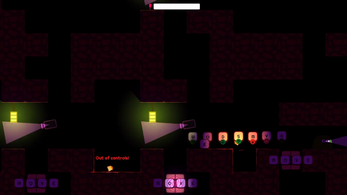 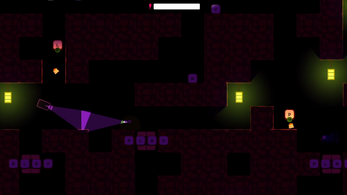 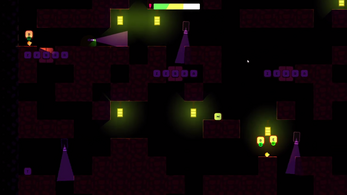 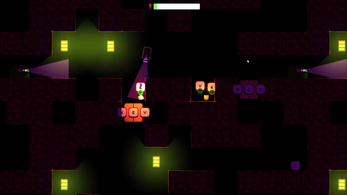