It's dodgeball, but without any restrictions!

All players enter an arena. Hit your opponents with balls to remove lives. Only one can survive.

Each arena is different, powerups force you to think on your feet, and unique ball types keep games varied.

Players can control their throw power (by holding longer) and curve (by rotating). To make matters worse, players can perform dashes and tackles ...

Playable by anyone who just wants some fun, but enough strategy and skill to stay interesting.

You can play the free version (ad-supported) on POKI (also supports single player):

This game is playable on Windows/Mac/Linux with any combination of keyboard and controllers. It supports 2-4 players.

To play the game, you only need two controls — move around and throw the ball — making it accessible to anyone!

Mastering the game however, with all its weird ball types and curving shots, will take time. (And some more buttons, if you want to.)

I love local multiplayer games. However, I tend to make projects TOO BIG, so I challenged myself to develop tiny ideas in just a week.

This is the third game made via this challenge. Below are links to the other games:

So yeah, this game was made in a week. It's fully finished, playable, and tested, but obviously has a limited scope.

This game started with the simple idea: "what if I just create the game of dodgeball (which most people know from high school)?"

In the end, because of the limited time frame, I wasn't able to create an extra mode that actually follows the common "rules" for dodgeball. Instead, there is only one "free-for-all mode". Additionally, after creating the whole game, I'm pretty certain it would've worked better in 3D. So I might still make that.

And ... well, this is awkward. The idea of "totems" barely made it into the game. I wanted to make the whole art style based on totems, but soon realized I didn't know how to make it look good (in 2D, drawing complex totems from all directions) within the limited time I had. So the updated version (in 3D) will probably actually follow the theme.

For my full thoughts about this game and the development, read the devlog on my blog: Totems of Tag: What I've Learned

In order to download this game you must purchase it at or above the minimum price of $1 USD. You will get access to the following files: 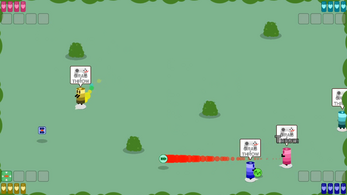 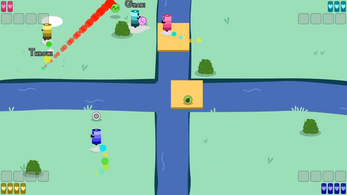 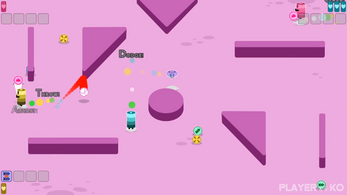 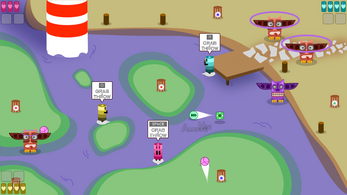 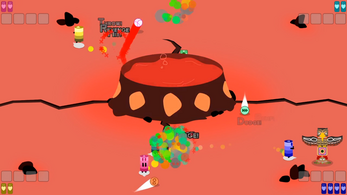 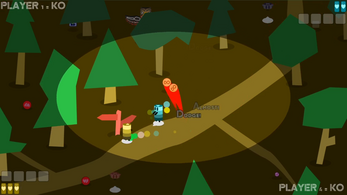 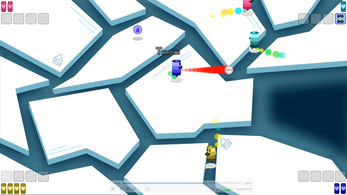