Odd creatures have sabotaged our electricity cables, leading to a blackout! Without energy, how will we defend ourselves? No longer able to look at screens all day, the humans put out a desperate cry for help.

Hopefully, they can turn the tide against this powerful invasion of Blackout Bunnies.

You are a magical gust of wind. You can fly in any direction (until something stops you).

Flying past a knob rotates it that way, winding up whatever it belongs to, building their energy.

Flying into something unwinds it and makes them execute their actions! (Exactly as many times as they were wound up.)

Some buttons which are not taught in-game, but might be useful to you, are

But how do I win?

Whenever a Wizard meets an Bunny, they remove it. Remove all to win!

(The first few levels start without wizards and other rules, to make the introduction of game mechanics easier.)

Windup Wizards is a

This game was originally made for the GoGodot Jam 2.  But I've since finished and polished the game, which is the version you're viewing now.

The theme was Energy Source, which ultimately defined the whole game from start to finish. (All creatures are an energy source that needs to be wound up to store energy, the unwound to release it and use it.)

It's designed using Godot (surprising, I know). Everything is custom made by me (idea, code, models, sound, ...)

As always, feedback more than welcome, and have fun!

Very unique puzzle game! My 3 main gripes are polish, presentation and tutorial. The core of it is very solid and fun, I'd be happy to expand on things if necessary.

Thanks a lot for playing! I’d be interested to hear you expand on your gripes with presentation and tutorial. (As the game was made for a game jam, lack of polish is mostly a lack of time.)

In puzzle games like these, creating a perfect tutorial is crucial to me!

Ok it is kinda hard to discuss through itch comments but on the subject of a tutorial: I really like how you want to make the tutorial tricky, and how you gradually introduce mechanics. But I think you should have doubled down on that and made it a bit more of a slower and more silent tutorial. Starting on the map is a little intimidating too. The first level should just be purely movement based, no rabbits, no option wheels, just showing how you can't go over pits and slide around instead of stepping. It would be won by just sliding offscreen. Then you would do level one but you activate it from behind to make it more clear what's happening. You would then do a variant where you need to actively turn it and then turn it again, a small leap from the previous level. Then it introduces touch triggering but with the first level of the current model. Then would come a seemingly obvious level that has a fakeout solution where you twist the knob backwards, so not only are you taught that you can turn them back but it would make for a neat puzzle. To go more in depth I couldn't really continue through itch, sry. Also, this is just my first idea, so take it with a grain of salt

No worries, this is already great feedback!

I completely agree with your approach to divide it into even smaller steps. I will surely divide the first (two?) worlds into multiple smaller worlds that roughly follow what you suggested.

I’m not sure if the tutorial images should be hidden entirely (to allow players to figure things out themselves), as I’ve seen time and time again (in playtesting) that 50% of the players will just get frustrated that things aren’t clearly explained and quit.

Anyway, thanks for your time, and I’ll be figuring out how to improve the tutorials and presentation the coming weeks. You’ll see the update when it arrives :)

This was a very interesting and fun game. Great work!

Thanks for playing and uploading a video! Very interesting to actually see how others approach the game and what could be improved. 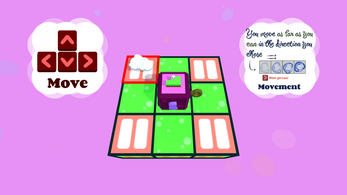 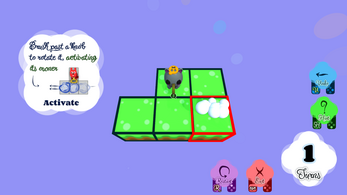 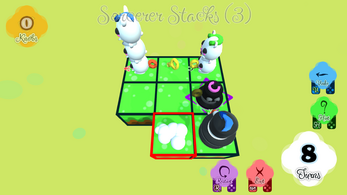 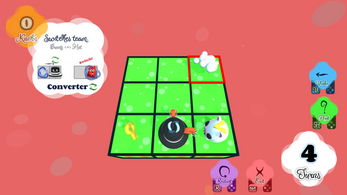 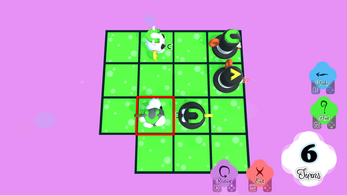 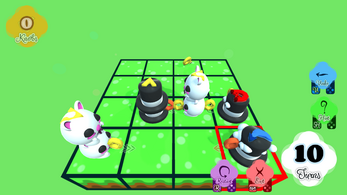 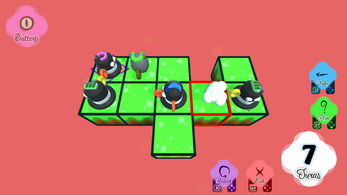 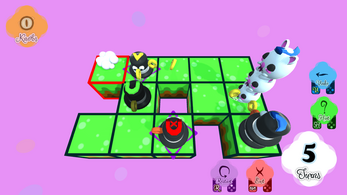 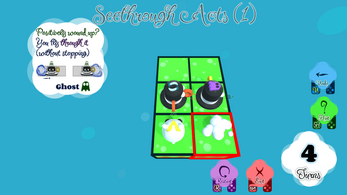 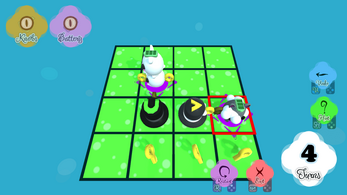