Ever wondered how to run a bakery without hands? Well, wonder no more!

In "A Recipe for Disaster" you'll cooperatively bake the best breads ... by moving and throwing. (Because obviously, you do not need hands for throwing something.)

A short couch coop chaos game for 1-4 players. A campaign with 20 levels. A masterclass in creative baking.

On mobile, it plays with 2 players, opposite each other, each with their own two joysticks for moving and throwing.

This game is playable ...

On mobile, make sure your phone supports multitouch, and that (media) gestures are off!

The images below explain all controls you'll ever need! 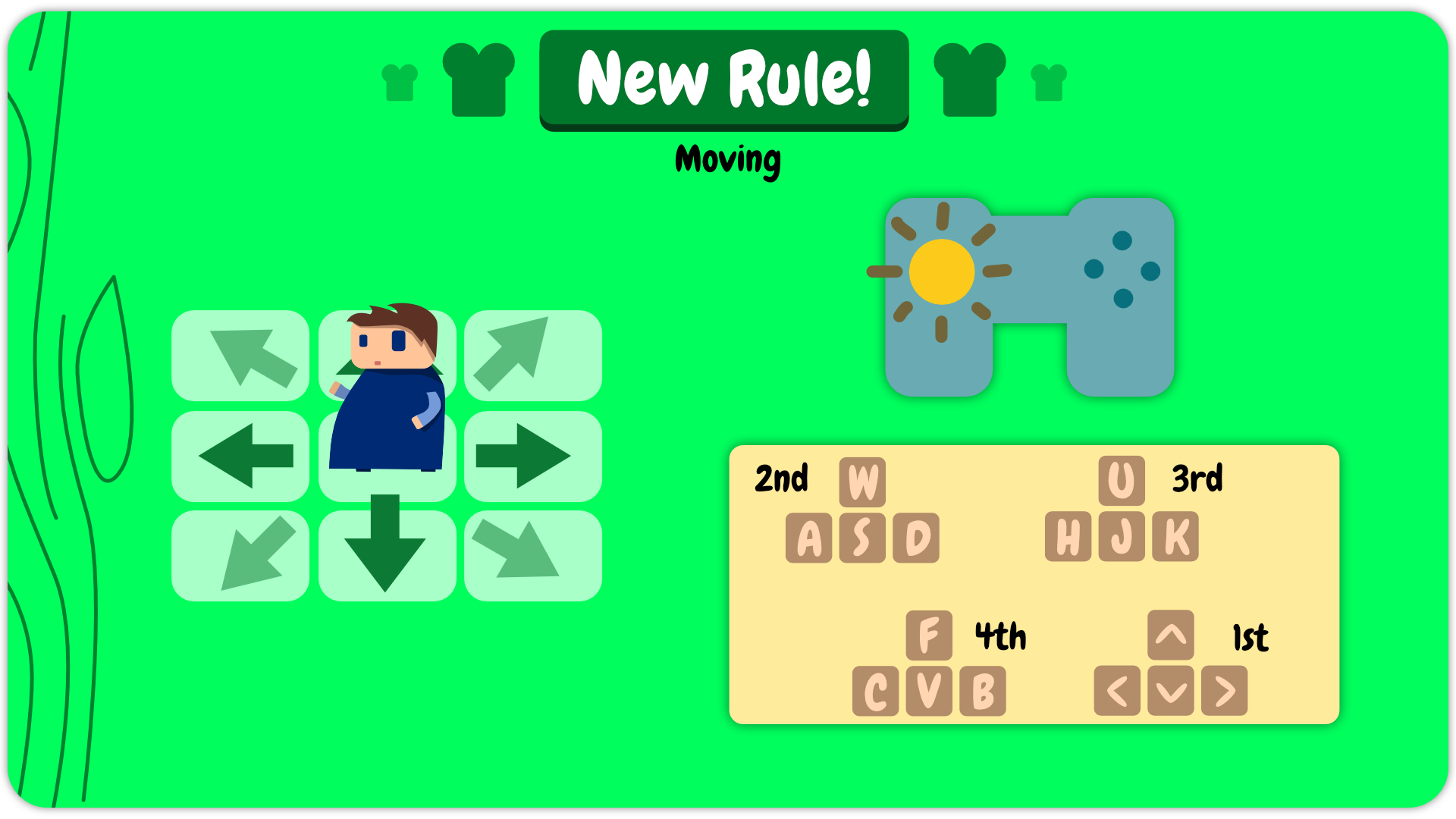 You'll mainly throw ingredients at your teammates (which they don't need), collect way too many yeast (which you didn't need), and accidentally throw stuff (which you DID need) in the recycling bin ... but somehow still deliver edible bread in time.

In short: you'll be baking bread.

In long: the game is split into 20 levels. Each level teaches a new ingredient, or machine, or mechanic. The image below shows the full workflow for baking bread that is active in the final level. 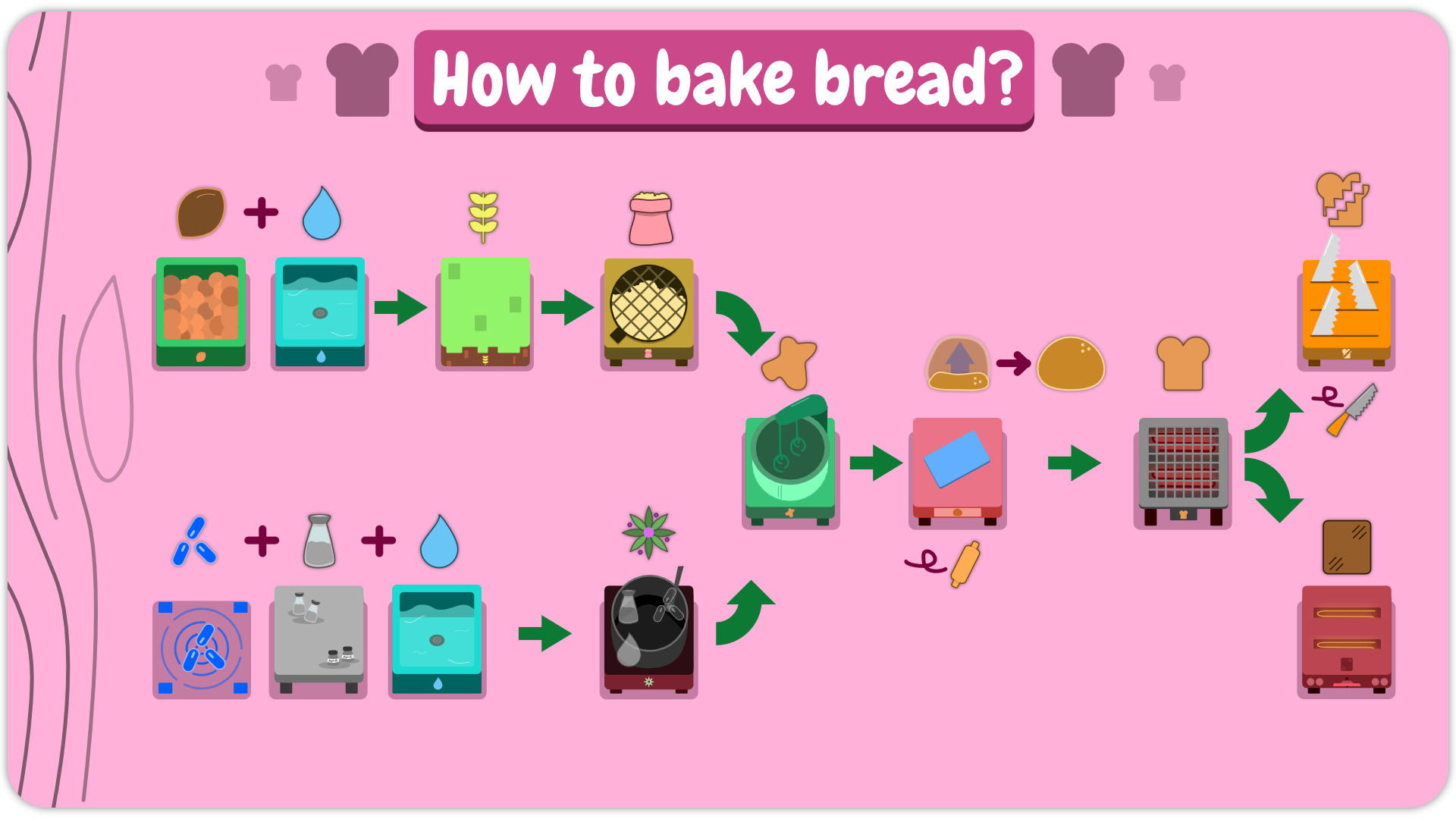 However, I tend to overscope my projects big time, so I decided to do the following: pick an old idea I've wanted to make for a long time, and just see how far I can get in a week. (In the end, it became 1.5 weeks, but hey.)

Surprisingly, if you contain your scope and just focus on one thing (baking bread), you can create awesome games in a short time period!

I think this is my best coop game to date, and I really hope you enjoy this one as well.

For a more detailed "devlog" (with the lessons I learned), visit A Recipe For Disaster: What I've Learned

For the official game page on my studio website, visit A Recipe For Disaster (on Pandaqi)

... but this also means there's a huge list of "ideas" that I didn't get to implement.

Additionally, the base game can be improved in many ways.

For example, orders don't have timers in this game, even though that's a staple of coop games (especially when kitchens are involved). But I can't just implement something like that: I'd need more time to playtest and experiment to find the perfect balance.

In the future, I hope to find another week of freedom and implement these as a new "world" or "expansion"!

So, find any bugs? Have your own ideas? Ways to improve this game? Tell me!

This game was made using the free Godot engine. The font used is Chewy. Everything else (code, art, music, sound FX, etc.) was completely made by myself. (In case you want to know: I use Affinity Designer for art and Studio One for music production.)

In the future I might make the source code and assets available, but I need to clean up the project first. (For example, there are many other recordings of me singing songs/playing piano scattered around the project folder, simply because I am apparently allergic to structure :p) 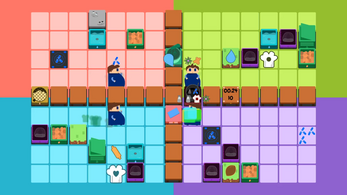 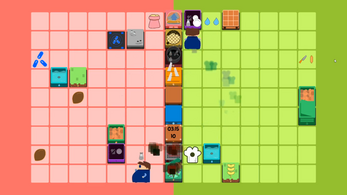 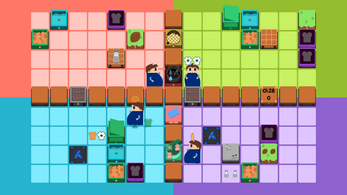 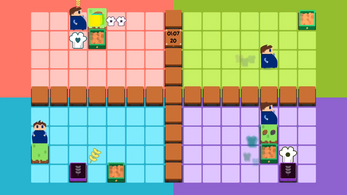 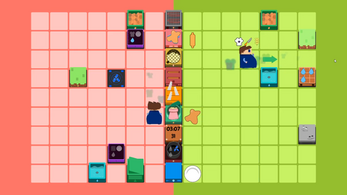 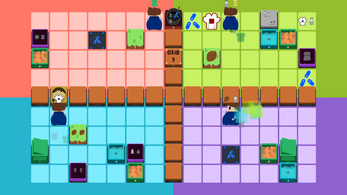