Up to 4 people must cooperate and coordinate to get those pesky boxes where they belong … without damaging them too much or arriving two hours too late.

Is this game for me?

Do you need a party game? Or a game you could play with people who’ve never played a game before? (Or those who always say "nah, I'm just not that into gaming"?)

Do you want to spend quality time with your dear ones, and do you have 1-4 players and a (somewhat) working computer?

Then Package Party might be the game for you.

Package Party is so easy to pick up that literally anyone can join in the fun: gamers and non-gamers alike.

For example, the first two worlds of the game only require a single button (for moving around).

Any time a new mechanic is introduced, it's explained with quick animated video tutorials, right when you need it!

But don't let that fool you. As the game progresses, only the most capable and talented delivery workers will be able to get that three star score!

Succeed together, fail together

This game was designed to be cooperative and local multiplayer.

Why did I do this? Because I think local multiplayer games are awesome and the strongest form of gaming. Sure, there’s many online multiplayer games, but local co-op will always have my preference. It’s just a stronger experience, as you’re physically close to each other and can actually communicate by speaking, gestures, pointing, taking over somebody else’s controller, whatever.

This game will allow you to connect with anyone (friends, family, partner, stranger on the bus) and have a fun time together, in real life. This is, in my opinion, what games are meant to be.

I’ve seen couch co-op games start new relationships, strengthen current relationships, and generally lead to a quality time for everyone. (Even those who aren’t playing, but just watching.)

That’s the force of good I want to be in this world: to make people laugh, cooperate, talk, and play together. And to introduce non-gamers, or only casual gamers, to a whole new world of possibilities and awesome experiences.

Thank you for checking out my game!

It’s currently in early access. These features are available:

The usual warnings are in order:

The final game will have the following features:

As usual, if you buy the game now, you’ll get all future updates. Every time I put out a big update, the price will be raised. The final game will cost around 25 euros – but that is just a rough estimation at the moment.

Wanna stay up to date?

To receive all updates about the game, consider:

In order to download this game you must purchase it at or above the minimum price of $5 USD. You will get access to the following files: 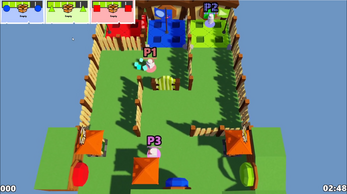 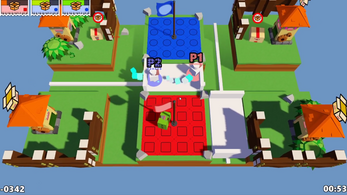 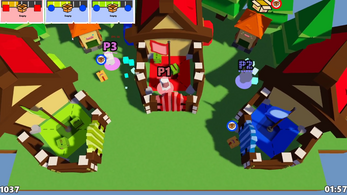