This is a submission to Game Off 2019

View the submission page for this entry

Into My Arms is a puzzle game in which you control two players ("cubitos").

The only way to win ... is by making one cubito fall into the arms of the other.

There are only two rules:

New mechanics are regularly introduced throughout the levels, like platforms, buttons, mirrors, etc. 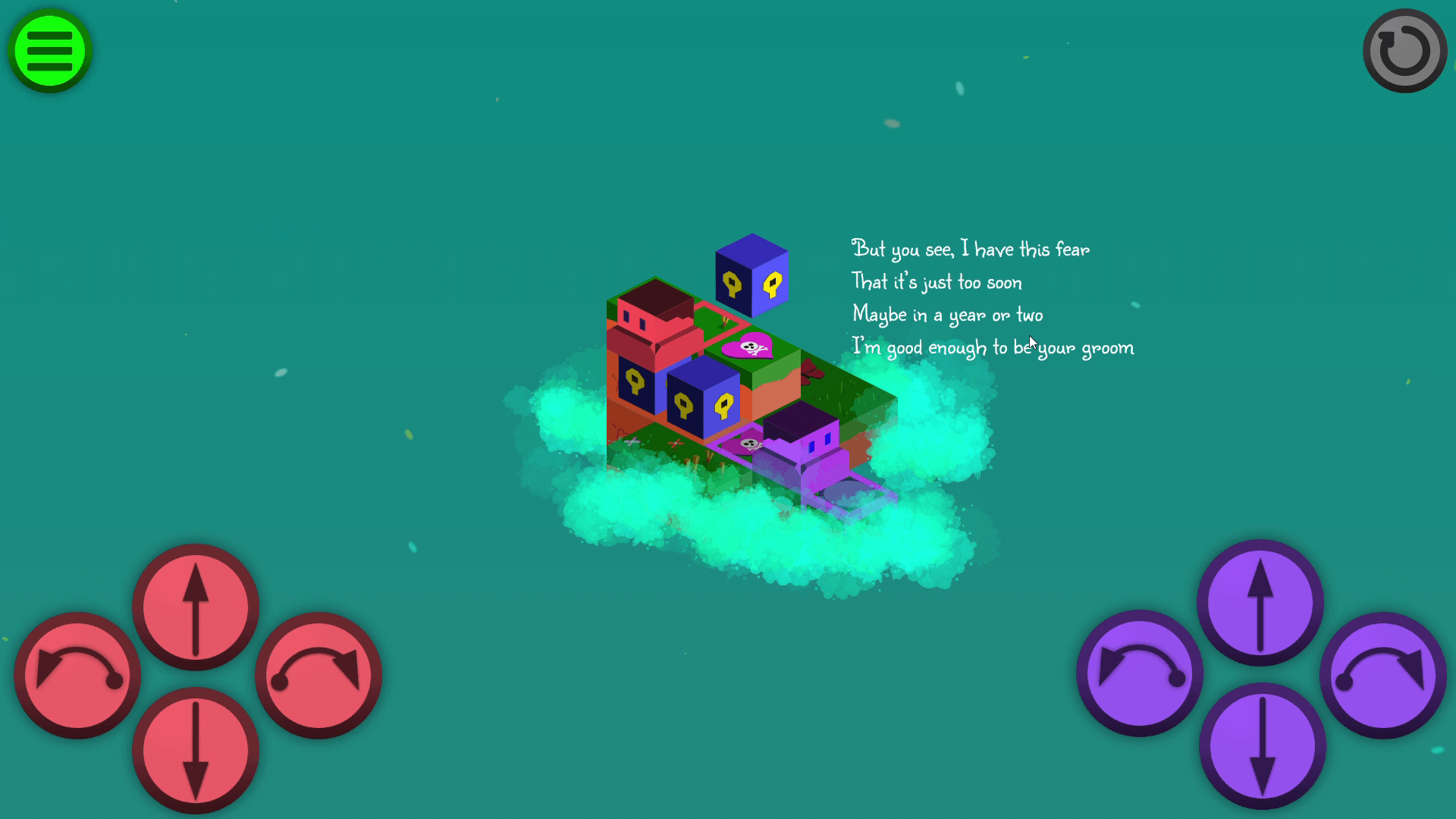 The game can be played single player, but is slightly easier with two players (each controlling a single cubito).

The game has 40 levels and is playable on any desktop system (Windows/Mac/Linux) and Android.

(In the Android version, you can undo your last move by watching a rewarded ad. On desktop versions, you just get infinite undos.) 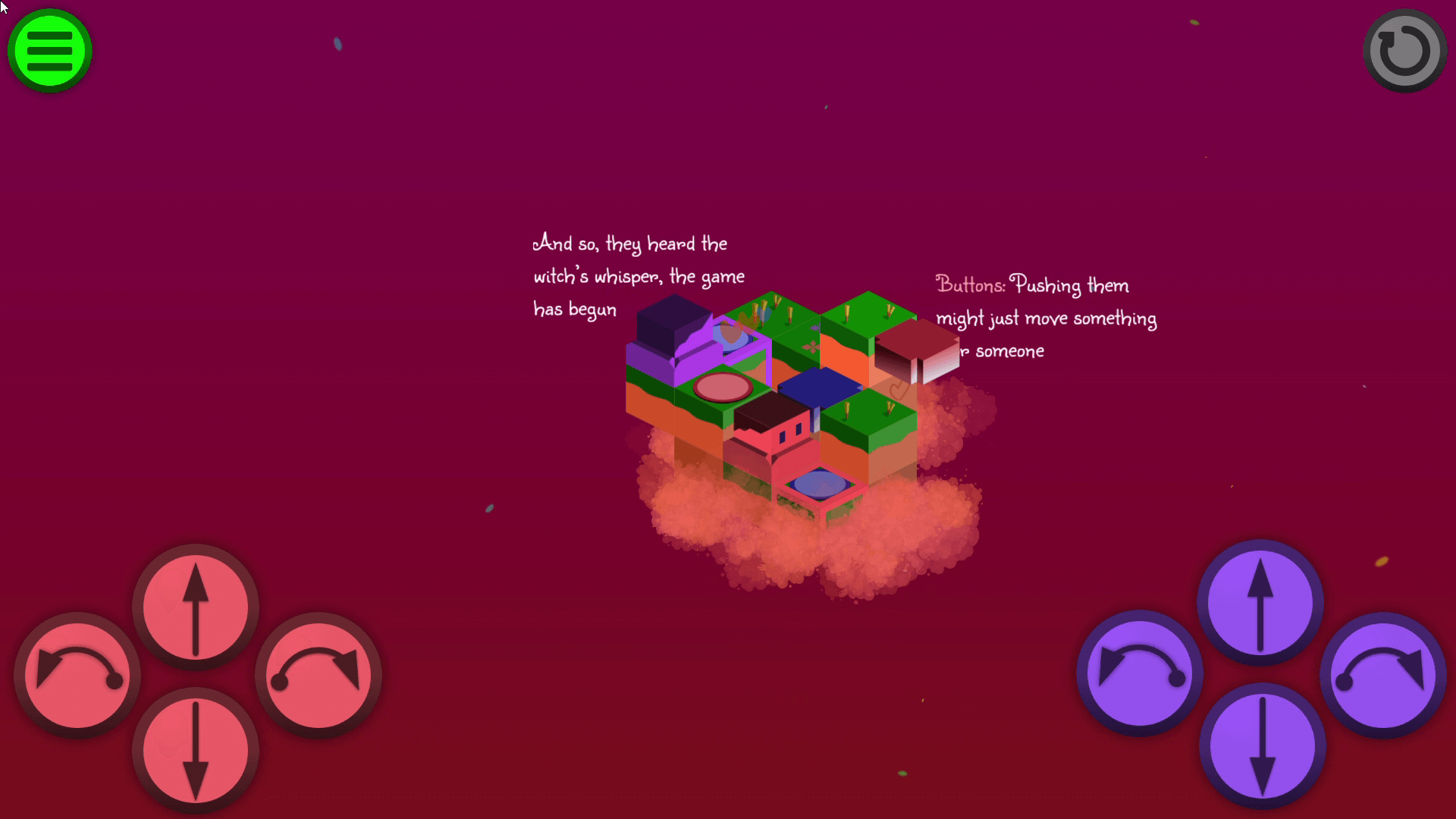 The title of the game is taken from the beautiful song Into My Arms by Nick Cave. (Go listen to it now! Now!) 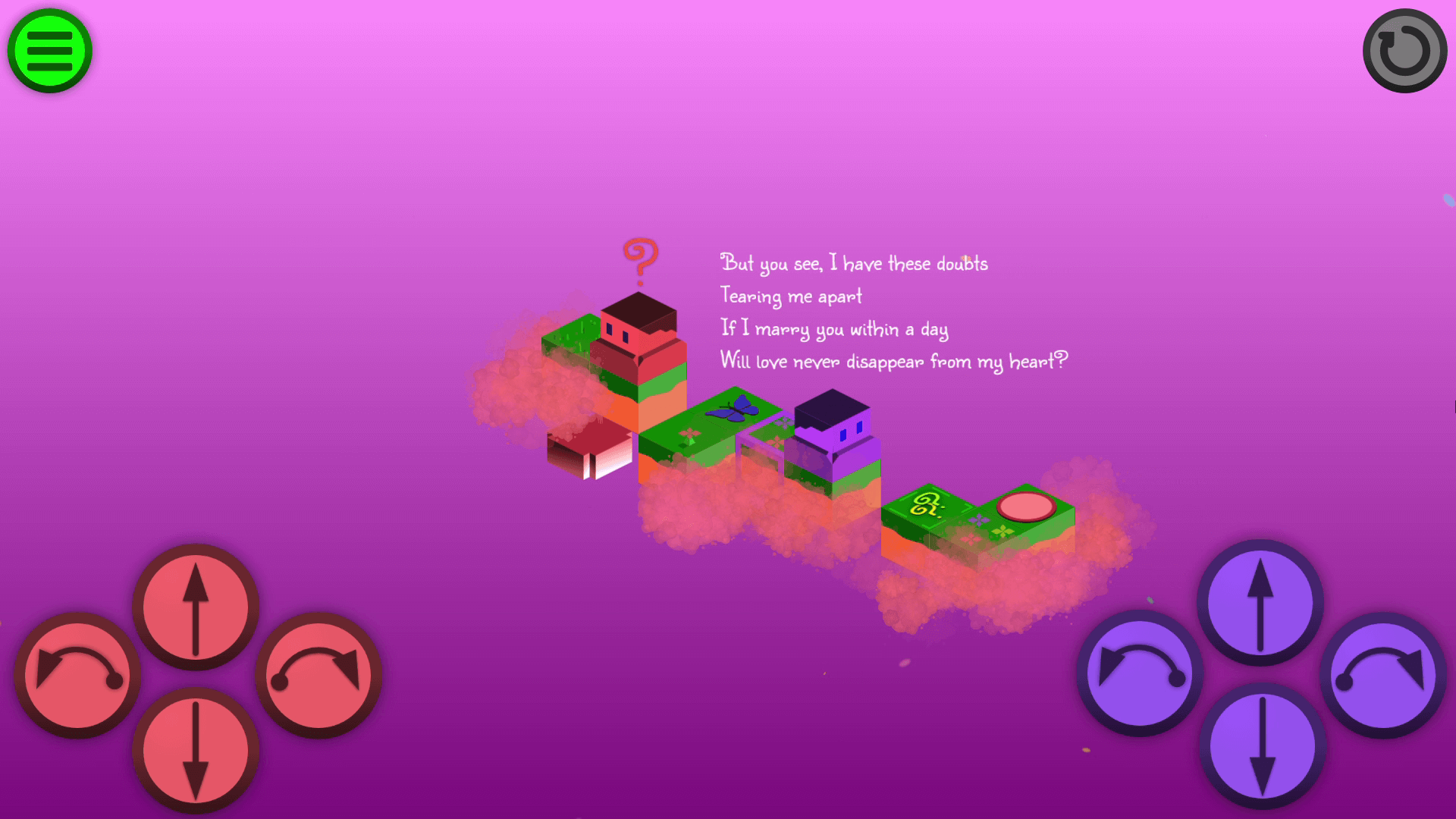 This game was originally made in two weeks for the GitHub Game Off, in which it won 11th place (out of 237). The source code for that version of the game can be found here: https://github.com/Pandaqi/Into-My-Arms

This game features a small story, which also plays when you start the first level of the game. The story explores love, faith and relationships - all puzzle mechanics in the game were designed to match.

For those who cannot wait, here it is:

Once upon a time, two cubitos were in love.

Or, as that witch liked to say, "you never TOOK your chance!"

The witch came out of nowhere, like a silent stranger

She took one look, spoke magic words from a magic book, and everything started changing.

Suddenly the two lovers could not look each other in the eye!

Instead, the witch proclaimed, you must take a leap of faith

The only way to pass each stage, is by stepping backwards from a great height

Falling into your lovers arms, that's how love will bloom tonight ... 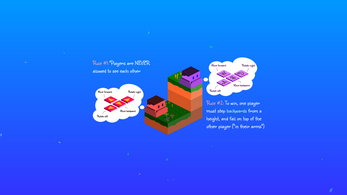 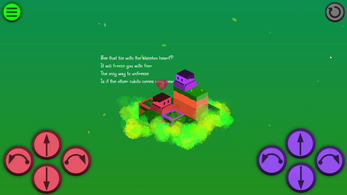 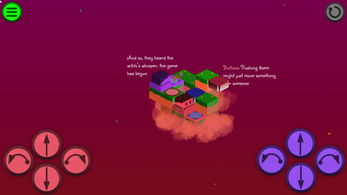 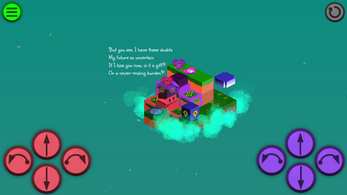 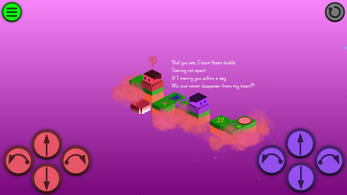 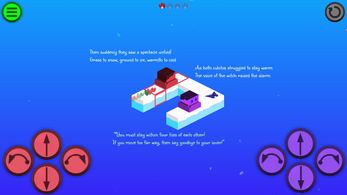 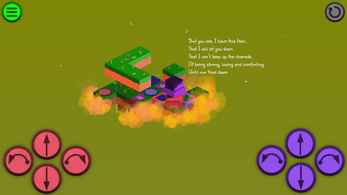 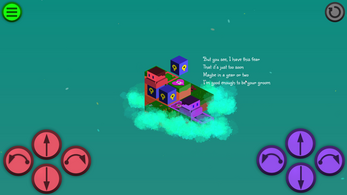 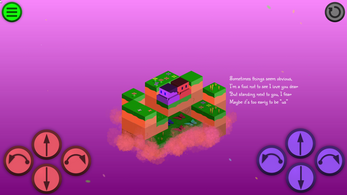 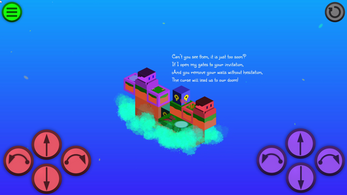