#16 Campaign – unique worlds, easter eggs, and at least one star

Welcome to the sixteenth devlog!

The title of this devlog says it all, so let’s just get started without any introduction.

Over these previous fifteen devlogs, I’ve already given bits of information about how I want to structure the campaign.

Now that level 1 is finished, and I have a much clearer picture of what the game is going to be, I want to give a summary of the finished idea. (With “finished” I always mean: unless something much better comes along, this is what it’s going to be.)

The campaign will feature 20 levels, divided into 5 unique worlds. The first world is the “new beginnings” I’ve been showing you all this time. Another world (or two) will be in actual towns and cities. The other worlds are yet to be determined (maybe a winter wonderland, maybe a jungle, maybe something more oriental, there’s many great options).

The levels are in linear order, and you start at level 1 (surprising).

The rule of progression is:

In other games, you usually need to get at least X stars before the next level unlocks, or you need to complete the whole world before the next gate is opened. This is fine, but I’ve found it to be mostly frustrating and annoying in other similar games I’ve played (couch co-op, family friendly games). It’s about the fun of being together and playing a level cooperatively – we’re not trying to set highscores or do amazing speedruns.

Thus, to unlock the next level, you only need to try a level once. 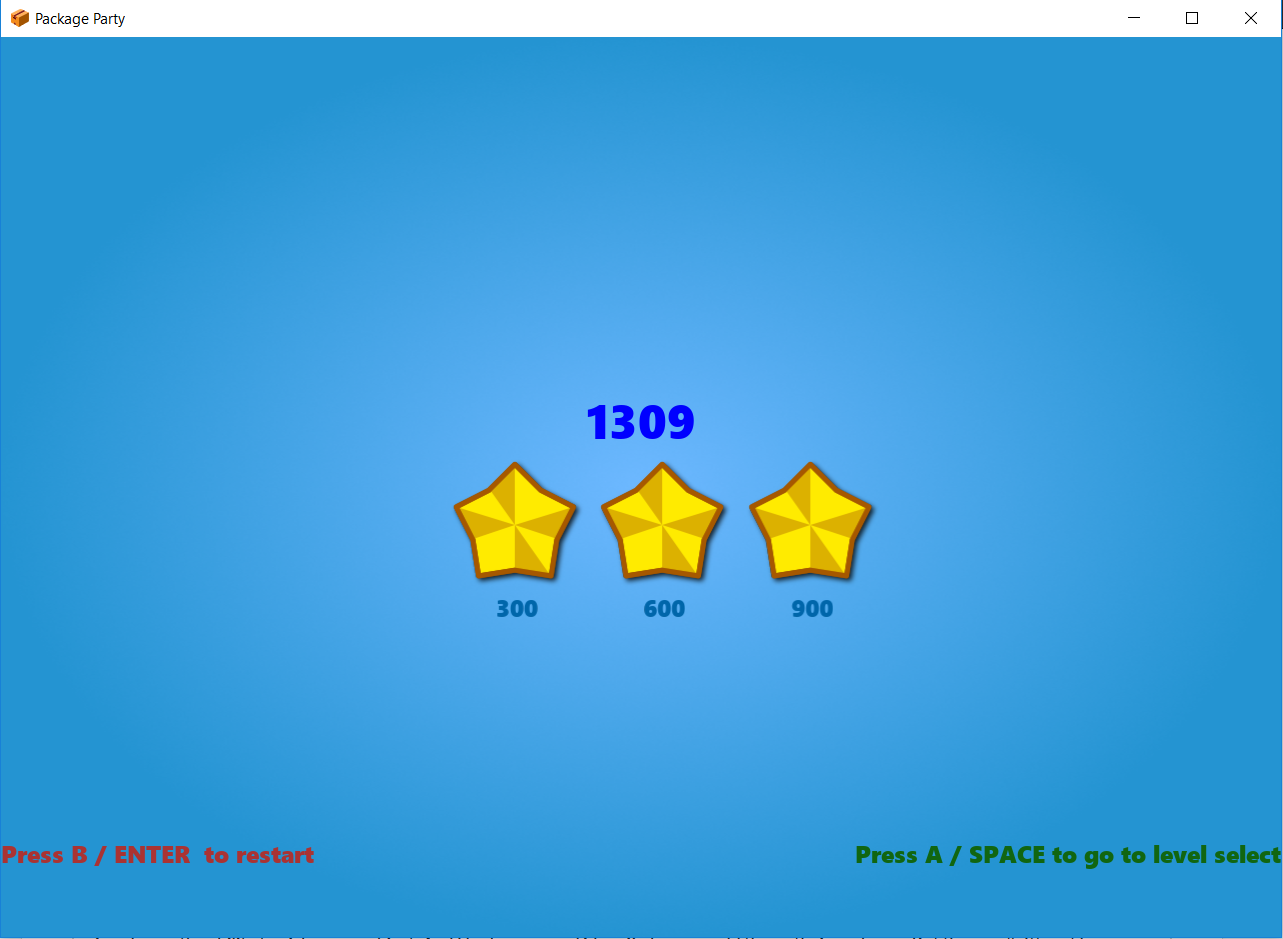 Besides the main score (and the corresponding star rating), each level also has a hidden gem (or “easter egg”). To find this, you need to experiment and explore the level. The gem will usually be in a place that is hard to find/reach, or will be rewarded when you try something (that players usually wouldn’t think of).

The purpose of these is obvious: to encourage players to make the extra effort, explore, experiment, and to make the world feel a little bigger than it is.

The reward for finding the hidden gem … is yet to be determined. It might give the players some more money, with which they can buy stuff in the campaign shop. Having enough gems might unlock a few secret levels in the campaign, or unlock new skins for the player characters, etc.

I think you should be able to play the whole game without ever finding a gem. But it should give you something extra that’s worth it.

Why do I feel constricted? Because there are many mechanics I really want to use, but they haven’t been introduced yet. In level 1, I wanted to give players the ability to pick up any object. And I had some good ideas if players could throw their packages. But they can’t. It’s not been explained yet, and this functionality will be disabled in level 1 in the final version.

During my playtesting, I’ve noticed other players felt the same way. I had shown them some mechanics (such as throwing packages), and they were like “aaah why can’t we do that! That would have been so fun/useful/much quicker!”

That’s why I will introduce a fourth star system.

This system was already implemented in level 1. You can deliver packages much faster if you’re able to throw them. And if you want, you can stack some crates to reach dropzones (instead of using the crane), or put a log over a gap to function as a bridge. Of course, there’s also some added difficulty, because some mechanics are actually obstacles for the player.

(For example, later in the game I introduce the “damage system”. Anytime a package hits something with force, it gets damaged. And if a package is too damaged, the delivery automatically fails. If you replay the first level for the fourth star, this mechanic is also enabled, which means you need to be more careful with your packages.)

So, that’s the plan. Level 1 is finished, playable, fun. The rest of the campaign (and corresponding mechanics) is being mapped out and filled in, and I will soon start with level 2.

Hopefully, there aren’t too many hiccups along the way, and I can just jump from level 2 to level 3, from level 3 to level 4, and so on until all levels are finished. (What are “hiccups”? Well, let’s say I really need a mechanic, but I just can’t get it to work in the game. Then I’d need to take time off from designing levels, maybe even go back to the drawing board and rewrite some core game code.)

See you next time, where we’ll be catapulting other players and doing acrobatics in level 2!